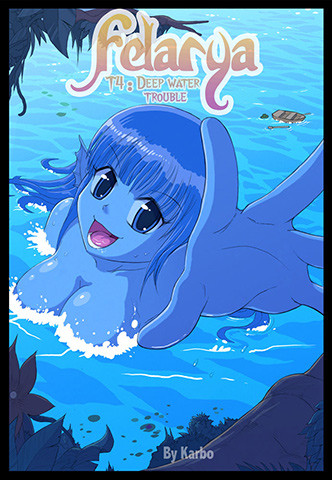 Tome 4 of the Felarya Manga

Felarya is a jungle world, full of wonders, fantastic treasures and giant, voracious predators. The naga Crisis is one of them, despite also being a kind, cheerful girl. Follow her and other some inhabitants, including Anko, the much feared giant mermaid, in their continuing adventures in the fourth Felarya manga! Contains mature content (nudity) and soft vore (creatures/people being devoured whole and alive). The manga is 90 pages long.